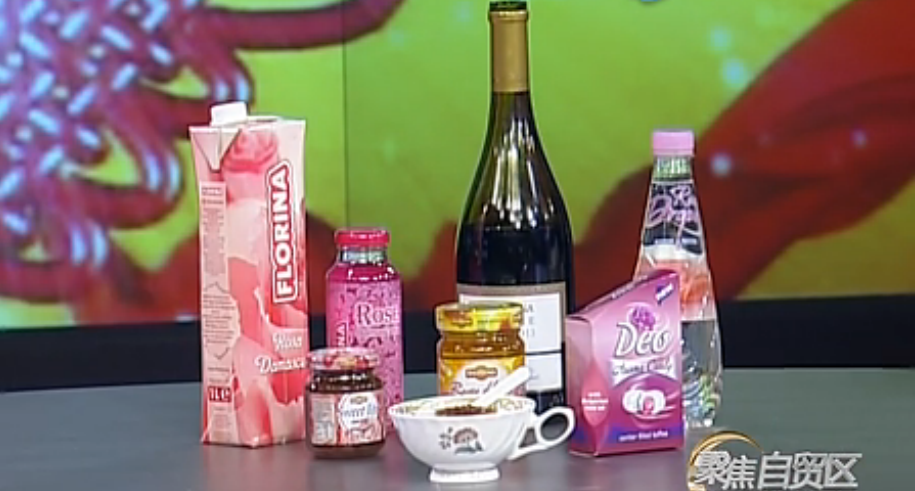 Bulgarian rose products are yogurt and the roses

Mr. Dimitar Abadzhiev – General Consul of of Bulgaria in China, presented the Bulgarian rose products on Chinese national television. One of these products is ROSE DROPS – mountain spring water extract from Rosa Damascena, which became a great hit in China.

Shanghai Media Group (a.k.a. SMG) is one of China’s largest media and cultural conglomerates, with the most complete portfolio of media and related businesses. The Oriental Pearl Media Company under SMG was the first cultural and media company in China to realize a market capitalization totaling more than 100 Bln RMB ($15 Bln) on the Shanghai Stock Exchange in 2015. By June of 2015, SMG has more than RMB 61 Bln ($10 Bln) in assets and about 17,200 employees.

SMG has 15 cable and satellite TV networks, 13 radio frequencies, 15 subscription-based digital pay TV channels, 8 newspapers and magazines and transmits signals via airwaves, cables, satellite and IPTV. On the content side, SMG is a leading powerhouse in China in the production of TV and films, animation and documentaries. New media is a top priority for SMG. It is poised to set up a new media eco-system with the operation of mobile TV, OTT, web portals, apps and cloud services. SMG is also a strong player in live entertainment, owning 9 top art troupes, one circus school, 8 theatres, a number of live entertainment companies. In addition, SMG possesses some of the most famous landmark properties in Shanghai including the Oriental Pearl TV Tower, the Mercedes Benz Arena and the International Convention Center. On the e-commerce front, SMG’s home-shopping is one of the largest in China with sales revenue of 8.5 bln RMB in 2014. SMG is also setting foot in cultural investments. It holds 20% of the shares of the Shanghai Disney Resort and has invested in a number of cultural investment funds including the China Media Capital, Shanghai Culture Industrial Investment Fund and the LDVP Venture Capital Fund. 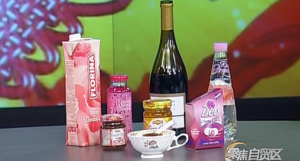 Rose Drops a Mountain Spring Water with extract of Organic Roses , suitable for daily use.

History
Formed in 2001, SMG is the result of a merger between the People’s Radio Station of Shanghai, East Radio Shanghai, Shanghai Television Station, and Oriental Television Station. It has 11 analogue TV channels, 90 digital paid cable TV channels, an internet TV service, plus 10 analogue and 19 digital radio services. The group also operates and owns 5 sports centres and 14 cultural art centres. According to a survey of AC Nielsen, eleven of the group’s TV channels have achieved a market share of 76% during prime time in 2003.

In 2003 the group conducted a feasibility study with a view to set up a new English channel.[1] It renamed its Shanghai Broadcasting Network to Dragon TV and moved that channel’s best-known English program “News at Ten” to Shanghai Television Business Channel and Dragon TV. In January 2008, the Group launch a 24-hour English TV news channel, (ICS – International Channel Shanghai), the second in China after the state-own China Central Television’s English channel (CCTV-9). The content of ICS News is distributed on mobile and internet platforms by US Company China Animation Partners, LLC.

English radio programming includes “Live It Up, Shanghai” broadcasts on the East Radio channel (792am and 89.9fm).

On 2 October the Group hosted special concert to mark the 20th anniversary of South Korea and China’s diplomatic ties, with performers including along Kim Jang-hoon, Super Junior-M and EXO-K.

The Walt Disney Studios and Shanghai Media Group Pictures signed a movie development agreement, before the March 6, 2014 announcement, in which Chinese themes would be incorporated into Disney branded movies.

Bulgarian rose soap and Rose Drops was presented in Shanghai